This lovely breakfast idea comes to us from Greg’s sister, Vicki, who runs marathons…  She probably is not aware of the influence she has had on my love for cooking over the past 20+ years so I just want to say Thanks!  When Greg and I first got married, I didn’t know how to do anything but turn a crock pot on, a skill my husband has little appreciation for…But Vicki introduced me to some very cool foods and techniques and inspired me!  So much so, that I actually tackled my Grandmother’s difficult noodles and all kinds of stuff that I share now on this blog. So, the other day she sent me this idea and I must say, it is delicious!  She described a couple variations based on her husband’s more basic version and her fancy deluxe version.  If you are not much into sweets in the morning this is a very filling alternative to the typical brown sugar oatmeal and you will be able to run marathons or do whatever tasks you need to.

Start by getting out some Eggs and Oats…How ever many eggs and oats you want. 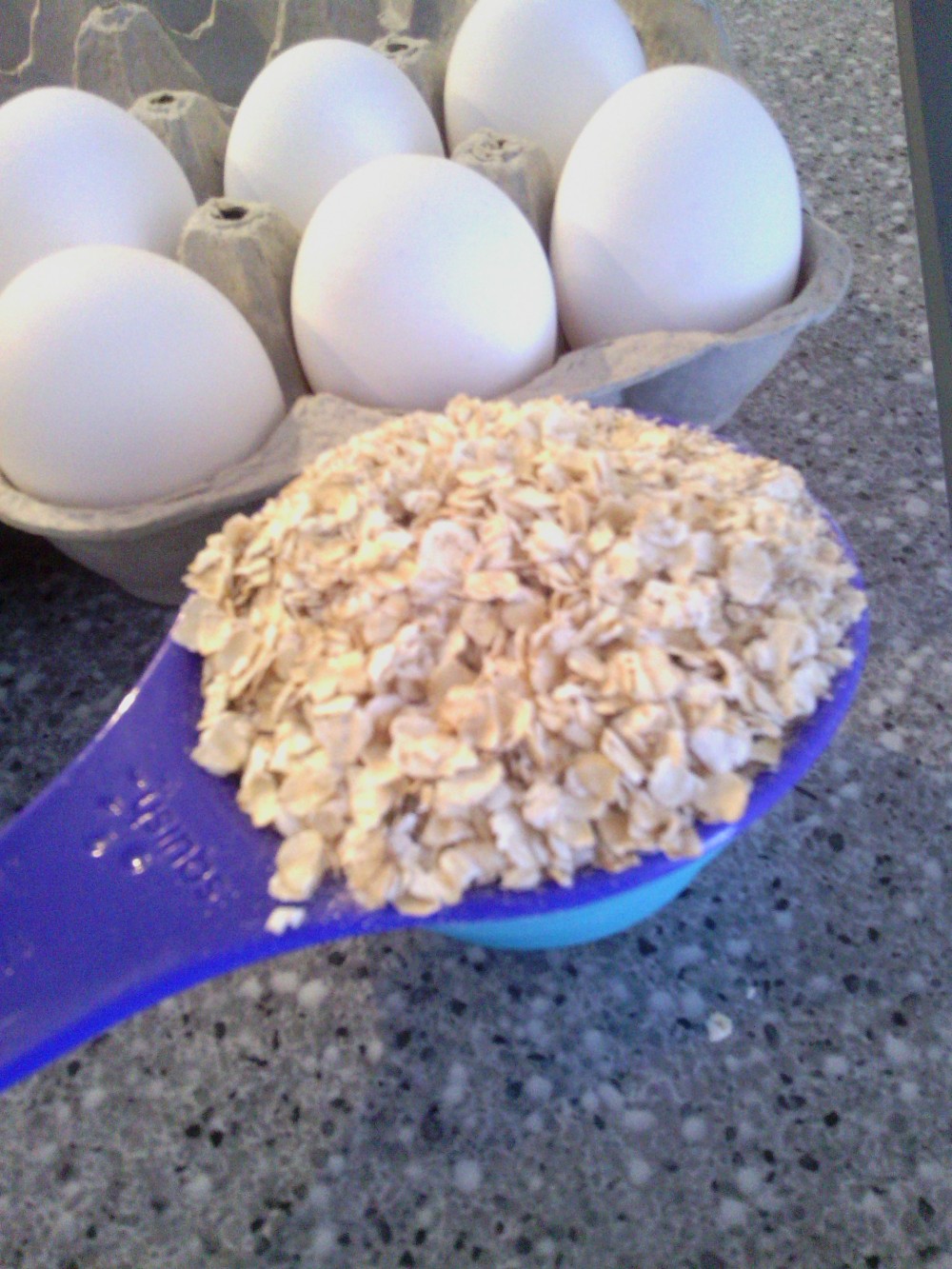 Let’s begin with Vince’s Simple Savory Version, shall we?  Steel cut oats topped with an Egg Over Medium…Not bad (but personally I like hot sauce)

Vicki says she goes a little “Nuts” and creates the Ultimate Savory Oatmeal:  Cook the oats as directed and cover with some arugula (I love that!), Meanwhile, scramble a couple eggs with onions, peppers and mushrooms (getting even better).  Place the egg scramble over your bowl of arugula and oats and finally, top all that with shredded cheese, walnuts and hot sauce!  WOW…

Hopefully, this will inspire you to experiment with some new toppings for your own tasty savory oatmeal.  Thanks, Vicki!