The other night we made Chicken Pot Stickers.  It all started when Charlotte decided to grab Won Tons off the shelf at the Grocery Store and I said, “How hard could it be?”  (something I say often). A couple days later I had some Chicken Breasts that needed to be cooked…So, I thought why not make Chicken Pot Stickers instead of Pork? They turned out really good and this is also a great idea for leftover chicken too!  With Valentine’s Day approaching, you could make em for your honey.

I began with a basic Asian Marinade.  Not all the ingredients are in this picture but I will post the marinade below with the rest of the recipe.

on 2 Chicken Breasts and baked them.

This recipe makes an entire Pack of Won Tons and then some, which for me ended up being too much so I saved the extra filling for lunch tomorrow!  Good news is, this makes about 60 Pot Stickers, so its perfect for entertaining!

Lay out a group of Won Tons…

Put a small spoonful of filling in the center…

Wet the edges with water (you can use your finger or a pastry brush)  Then scrunch them up like little purses. 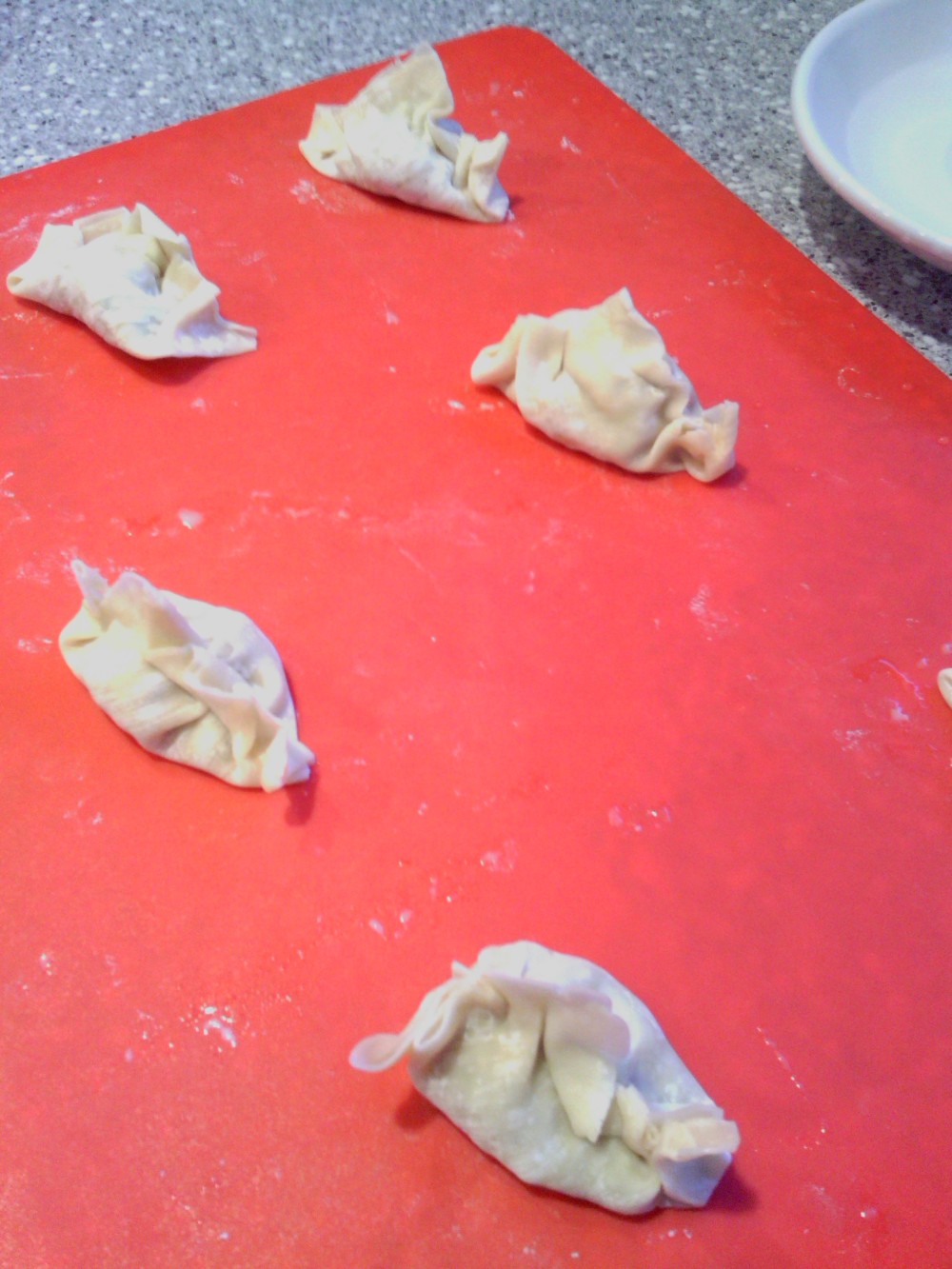 Serve with some dipping sauces…

They would also be fun served as a light bite for a Champagne Party or Bridal Shower for that matter… But I would probably prepare them ahead and just bake them like this to make it easier.  Can you tell I got tired of making the little purses?  Plus, I wanted to see how they do baked and they did great!! 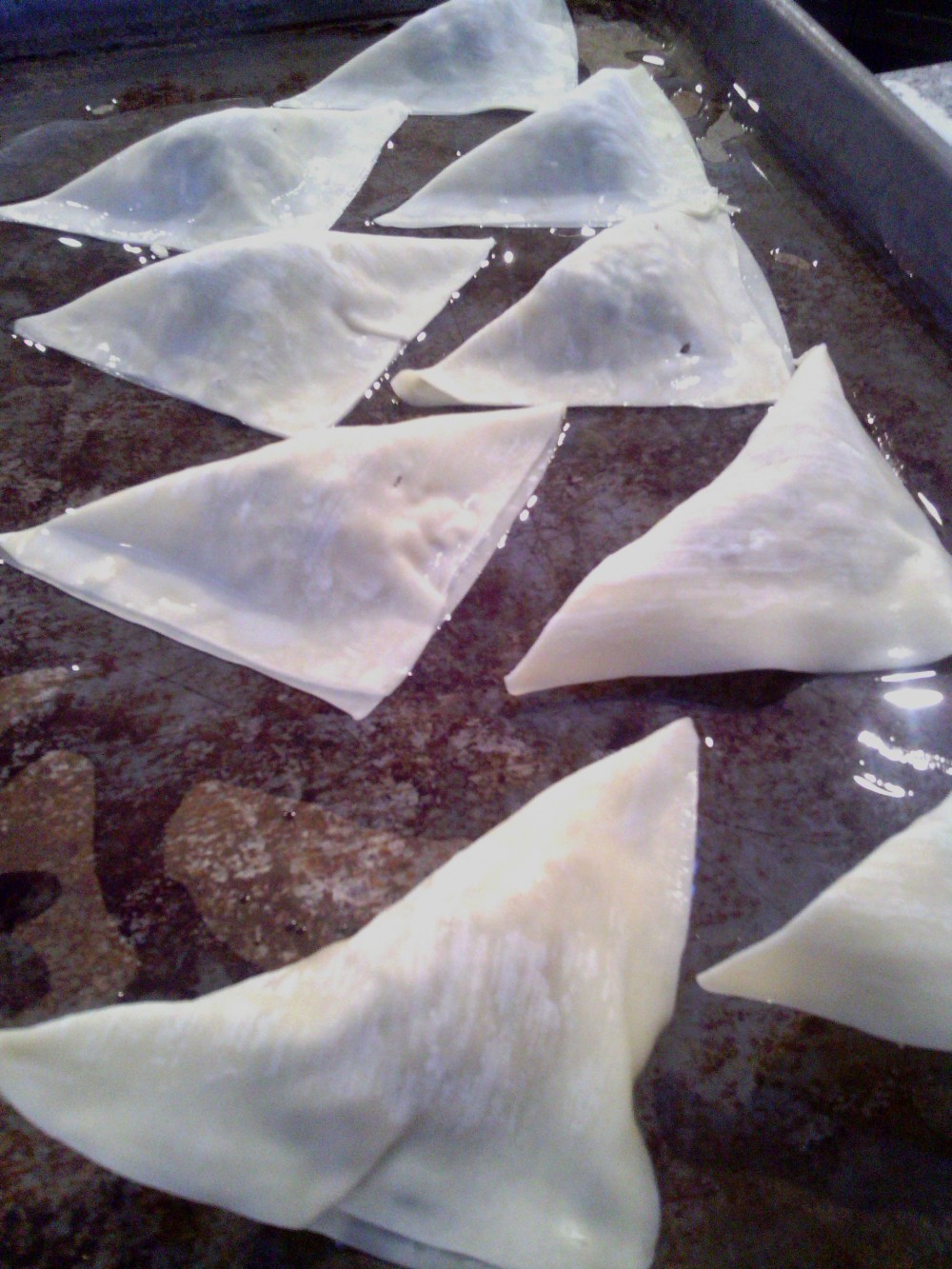 Ingredients for the Filling:

Mix all the ingredients for the filling together. Next, place a spoonful of filling on each won ton  (see pics above).  If you are baking them, you can fold them over into triangle shapes and bake on a greased cookie sheet at 375 for approx. 25-30 minutes (flip them after the first 15 minutes to brown on each side).  To fry them, place 10-12 at a time in a oily frying pan on medium heat (not too much oil is needed, just enough to coat the pan).  Brown on each side, then add a tiny bit of water (<1/4 cup?) and cover with a lid to steam them through.

* If you don’t need to make this many pot stickers, than I suggest cutting the recipe in half or set aside a cup of filling (w/out egg) for lunch tomorrow.  It is good served on a bed of greens with some crunchy almonds and water chestnuts and topped with your favorite dressing!  Or refrigerate some for won ton soup!  Yum…